He has certainly succeeded who purifies himself

9 Prophetic Du’as for Anxiety and Stress 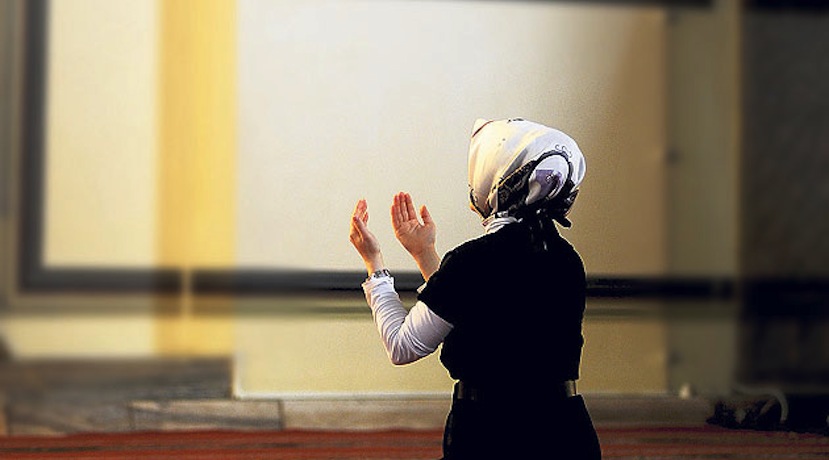 Here are some dua’ to make when under stress and experiencing anxiety. They are a means of dispelling fear, of seeking forgiveness of Allah, seeking His aid, protection and guidance. They are the words of Prophet Muhammad and hence anyone that sincerely makes these du’as during times of great need, Allah will always answer the du’a of the sincere seeker. May they be of benefit to us all for there is not a time in the life of a believer when he or she does not need the protection, guidance and mercy of Allah.

And those that turn to Allah sincerely imploring His aid should know that in reality it is Allah turning to His servant, for:

“When Allah wants to be good to someone, He tries him with some hardship.”

General advice from Prophet Muhammad when you are in distress or suffering from anxiety:

“If anyone continually asks pardon, Allah will appoint for him a way out of every distress, and a relief from every anxiety, and will provide for him from where he did not reckon.”

When in distress or difficulty or sorrow:

The Prophet (peace be upon him) at times of sorrow and grief used to supplicate:

“O the Living, O the Eternal, I seek help in Your grace).” (Tirmidhi)

And when he implored seriously and strongly, he would say:

“Ya Hayyu, Ya Qayyum (O the Living, the Eternal One).” (Tirmidhi)

“O Allah, I hope for Your mercy, so give me not over to my self even for as little as wink of an eye, and set right all my affairs, there is no god but You).” (Abu Daw’ud)

“Shall I tell you words that you may say in times of pain or distress? These are, ‘Allah, Allah, Rabbi la ushriku bihi shai’an”

“Allah, Allah, my Lord, I associate none with Him).”

Another narration says that these words should be said seven times. (Abu Daw’ud)

“The supplication made by the Companion of the Fish (Prophet Yunus) in the belly of the fish was, ‘La ilaha illa anta, subhanaka, inni kuntu minadh-dhalimin”

“There is no god but You, You are far exalted and above all weaknesses, and I was indeed the wrongdoer)’. If any Muslim supplicates in these words, his supplication will be accepted.”

In another report we read:

“I know words that will cause Allah to remove one’s distress. These are the words (of supplication) of my brother Yunus, peace be upon him.” (Tirmidhi)

‘O Allah, I am Your servant, son of Your servant, son of your maidservant. My forehead is in Your hand. Your command concerning me prevails, and Your decision concerning me is just. I call upon You by every one of the beautiful names by which You have described Yourself, or which You have revealed in Your book, or have taught anyone of Your creatures, or which You have chosen to keep in the knowledge of the unseen with You, to make the Qur’an the delight of my heart, the light of my breast, and remover of my griefs, sorrows, and afflictions‘.”

A supplication in these words will be answered. Allah will remove one’s affliction and replace it with joy and happiness. (Ahmad and Ibn Hibban)

“O Allah, there is no ease except what You make easy, and you alone can turn a difficulty into ease.” (Fiqh-us-Sunnah, Volume 4, 131)

Remember that sickness expiates evil deeds and wipes out sins.

Abu Hurairah narrates that the Prophet (peace be upon him) said:

“When Allah wants to be good to someone, He tries him with some hardship.”

“For every misfortune, illness, anxiety, grief, or hurt that afflicts a Muslim, even the hurt caused by the pricking of a thorn – Allah removes some of his sins.”

Ibn Mas’ud said: “I visited the Messenger of Allah (peace be upon him) while he had a fever. I exclaimed:

‘O Messenger of Allah! You have a high fever!”

“My fever is as much as two among you [might have].”

‘Is it because you have a double reward?’

‘Yes, that is right. No Muslim is afflicted with any hurt, even if it is no more than the pricking of a thorn, but Allah wipes off his sins because of it and his sins fall away from him as leaves fall from a tree.”

Abu Hurairah said: “The Noble Prophet (peace be upon him) remarked:

‘The example of a believer is like a fresh tender plant; from whichever direction the wind blows, it bends the plant. But when the wind dies down, it straightens up again. (Similarly a believer is tested by afflictions to strengthen his faith and heart, and he remains patient and firm). And an evil person is like a pine tree which remains hard and stiff until Allah breaks it whenever He wills.” (Fiqh-us-Sunnah, volume 4, 1)